RULE: No pushing or strict boundaries, keep the 'flow'
STAGE 1: GTKYEO
Getting to know each other
1. Name
2. Workplace
3. Why are you here?
4. How do you understand: human-centric organizations?
STAGE 2: GOOGLE PROJECT ARISTOTLE
5 key dynamics
Discuss in groups/pairs HOW you see these key dynamics through your experience and perspective and WHY they are important?

Psychological safety: Can we take risks on this team without feeling insecure or embarrassed?

Dependability: Can we count on each other to do high quality work on time?

Structure & clarity: Are goals, roles, and execution plans on our team clear?

Meaning of work: Are we working on something that is personally important for each of us?

Impact of work: Do we fundamentally believe that the work we're doing matters? 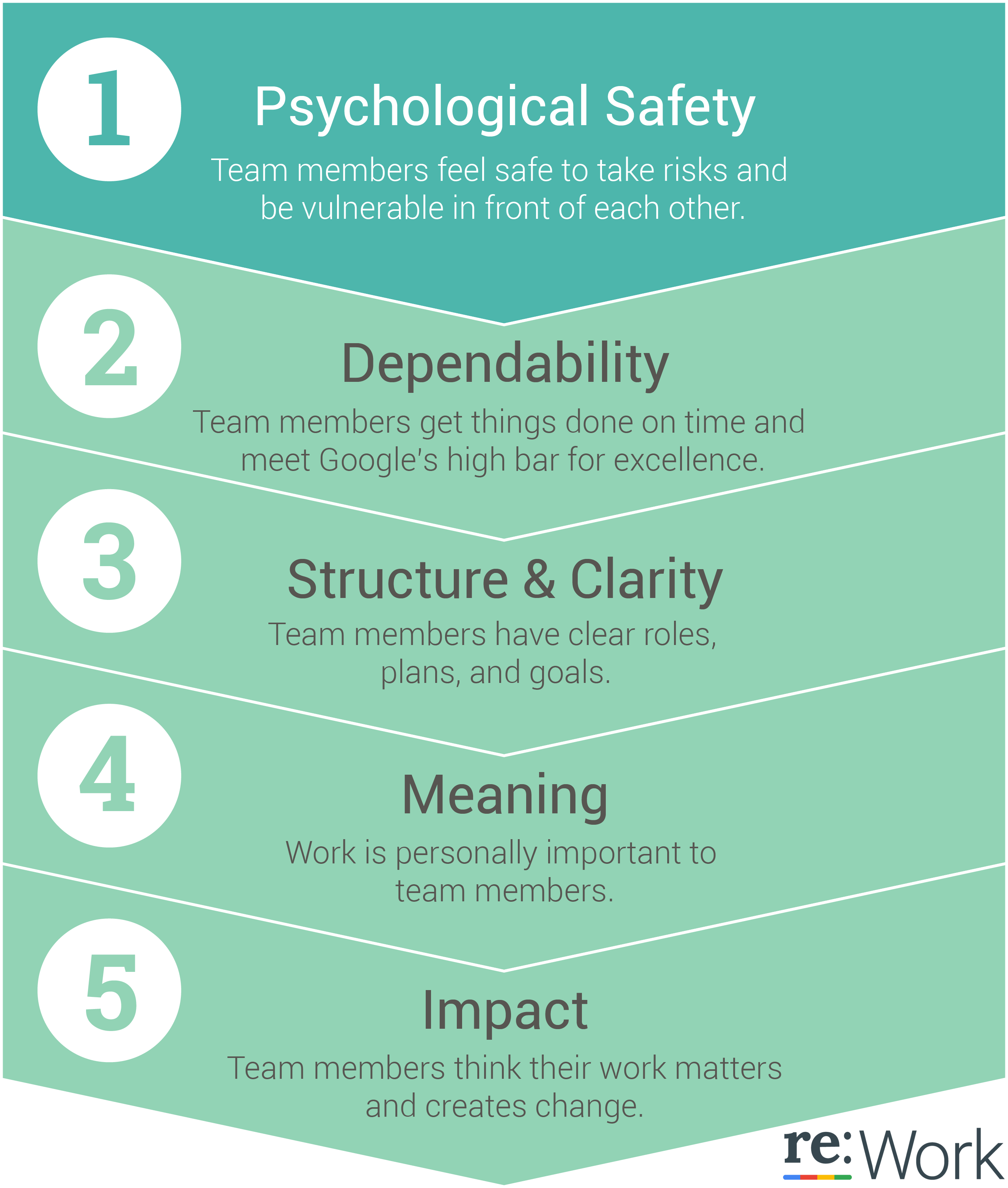 After Rozovsky gave one presentation, a trim, athletic man named Matt Sakaguchi approached the Project Aristotle researchers. Sakaguchi had an unusual background for a Google employee. Twenty years earlier, he was a member of a SWAT team in Walnut Creek, Calif., but left to become an electronics salesman and eventually landed at Google as a midlevel manager, where he has overseen teams of engineers who respond when the company's websites or servers go down.

''I might be the luckiest individual on earth,'' Sakaguchi told me. ''I'm not really an engineer. I didn't study computers in college. Everyone who works for me is much smarter than I am.'' But he is talented at managing technical workers, and as a result, Sakaguchi has thrived at Google.

Sakaguchi had recently become the manager of a new team, and he wanted to make sure things went better this time. So he asked researchers at Project Aristotle if they could help. They provided him with a survey to evaluate the group's norms.

When Sakaguchi asked his new team to participate, he was greeted with skepticism. ''It seemed like a total waste of time,'' said Sean Laurent, an engineer. ''But Matt was our new boss, and he was really into this questionnaire, and so we said, Sure, we'll do it, whatever.''

The team completed the survey, and a few weeks later, Sakaguchi received the results. He was surprised by what they revealed. He thought of the team as a strong unit. But the results indicated there were weaknesses: When asked to rate whether the role of the team was clearly understood and whether their work had impact, members of the team gave middling to poor scores.

He decided to gather every off-site to discuss the survey results.

''I think one of the things most people don't know about me,'' he told the group, ''is that I have Stage 4 cancer.'' In 2001, he said, a doctor discovered a tumor in his kidney. By the time the cancer was detected, it had spread to his spine. For nearly half a decade, it had grown slowly as he underwent treatment while working at Google. Recently, however, doctors had found a new, worrisome spot on a scan of his liver. That was far more serious, he explained.

No one knew what to say. The team had been working with Sakaguchi for 10 months. They all liked him, just as they all liked one another. No one suspected that he was dealing with anything like this.

But then everyone shared something of their personal issues and problems. After that they talked about the survey in little detail.

2. Safe environment is about giving Employees a right to choose the level of privacy vs openness
Never stop to trust, love and learn from everyone you meet in your life
This breakfast was useful for me from different sites:
- learn what the meaning of human centric
- understand role of mine in my job
HCO - set of workflow between three teams:leadership team - who make decisions and define strategy of organization

The employees - executers
And of course - Customer.
Advice: do meditate!
Trying to speak more with your subordinates on personal themes during 1-1 and share your personal feelings and mood with them if they don't mind.
Treat people like people, not like shit

Emotional bond can improve efficiency of the team

TO READ
What is human-centric organization?

What Google Learned From Its Quest to Build the Perfect Team

The five keys to a successful Google team

The Results of Google's Team-Effectiveness Research Will Make You Rethink How You Build Teams
TO WATCH
Employees first, customers second.
TO THINK
Google research In 2015,

Google published the results of a team productivity survey. The option "hire the best people" does not give the best results. Here is what gives: 1. Psychological safety - team members are free to take risks and be vulnerable / imperfect (real) in the team 2. Interdependence - everyone in the team can rely on others, perform work on time and at the proper level 3. Structure and clarity - team members clearly know their roles and goals 4. Meanings - work is important personally for each employee 5. Effect - the work of team members is of great importance and changes the world
APPS TO TRY
Grid Diary
Школа корпоративного и онлайн английского «Знаю!»
2019, Наурызбай Батыра 65/69, Алматы, Казахстан
school@znau.me